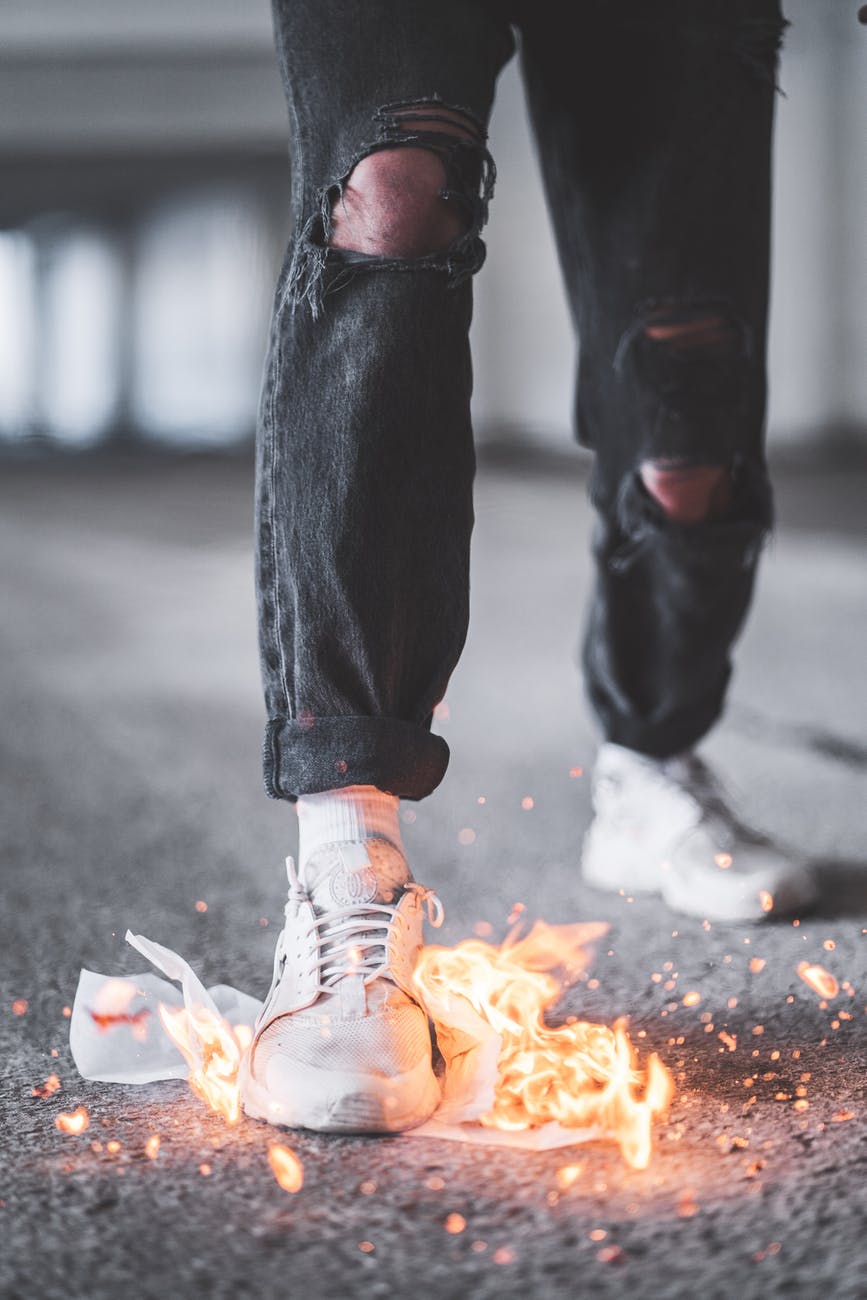 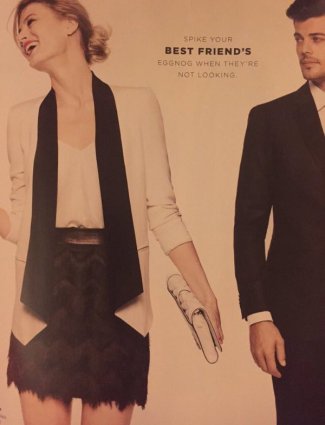 I recall scrolling through my Facebook feed a few months ago, as I stumbled upon a Wall Street Journal Article that one of my friends had shared on her page. The headline read, “Bloomingdale’s Holiday Ad Draws Backlash for Appearing to Promote Date Rape”. The subtitle below followed suit, stating, “Retailer apologized for ‘inappropriate’ ad after consumers took to social media.” Although slightly confused and apprehensive at the time, I followed the link to the WSJ website, in hopes of learning more about the advertisement itself and the series of events that ensued following its debut.

The print advertisement for Rebecca Minkoff—featured in the department store’s monthly catalogue, depicts a man staring at a beautiful woman who is dressed stylishly in a assortment of Minkoff clothing and accessories. She is pictured laughing joyfully as she gazes in the opposite direction of the stern-faced, yet handsome male next to her. The ad copy reads, “Spike Your Best Friend’s Egg Nog When They’re Not Looking.”

I was shocked as questions flooded through my head: A) Does that even make sense? B) Who in their right mind would come up with a pitch like that and C) allow it to go public?! I was disgusted. As a feminist leaning female myself, not only did I find this advertisement awful and inappropriate, it blew my mind that advertisements like this one are even being produced in this day and age.

In addition to promoting the high end clothing line and Minkoff’s brand, I think the purpose of this advertisement was simply to push the envelope as a way to try and keep up with the competitive market today’s advertisers constantly face. Unfortunately, if this was the case, the ad clearly did not achieve its purpose. In fact it backfired and probably did the opposite by generating a huge controversy and sparked an outcry on social media. In her Wall Street Journal article Suzanne Vranica writes, “Its unclear what the intention of the ad was, but branding experts say that marketers are under pressure to stand out amid the ever-increasing amount of advertising messages that consumers are being bombarded with every day. And even more is at stake heading into the all-important holiday shopping season.”

A bit counter productive, wouldn’t you say? It is advertisements like this that go on to portray the industry as a whole in a negative light. Today, I think many people have grown skeptical and tired of advertisers,because they have become notorious for releasing dumb, bizarre or in some cases (like this one) insensitive material. This article particularly struck a chord with me because initially after exploring the Strategic Communications degree offered at UW Madison, I joined Ad Club and started to picture myself pursuing a career in the field somewhere down the road. With that in mind and as far as the future of advertising goes, however, I think it will be important for professionals in the field to develop different strategies to keep up with the times. While the “sex sells” approach has been around since the 1960’s, rape culture doesn’t sell today and it wont sell tomorrow—so hopefully this incident will function as a wakeup call to those producing these types of offensive and unnecessary media messages.